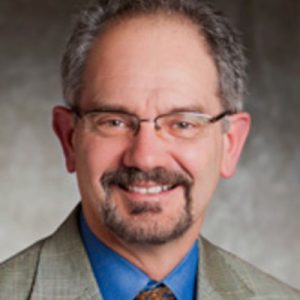 A United States Navy veteran of 20 years, James Butler, M.D., began his medical training on a U.S. Navy scholarship to Georgetown University, where he earned his medical degree. After completing his internship at Bremerton Naval Hospital, he trained at the Naval Aeromedical Institute in Pensacola, Fla., becoming a naval flight surgeon for a squadron of anti-submarine planes, a position which took him to Maine, Iceland, Spain and even Brazil.

Dr. Butler eventually settled down to complete his residency and fellowship at the National Naval Medical Center in Bethesda, Md., (otherwise known as Bethesda Naval hospital). Following his training, he served on staff and was appointed as a member of the faculty, ultimately becoming an associate professor of medicine. During his tenure, he contributed as a research investigator and author to many research projects and scientific publications, primarily focused on improving methods of colon cancer screening. Dr. Butler was appointed chief of the Department of Gastroenterology at Bethesda Naval Hospital where he had the unique opportunity to serve as the personal gastroenterologist to the White House and members of the U.S. Congress and Supreme Court. He remained in this position until 2003 when he retired from military service.

Since 2003, Dr. Butler has enjoyed being in private practice and seeing patients with a variety of digestive health issues. His main areas of interest include colon cancer screening, ERCP, capsule endoscopy and inflammatory bowel disease. He also serves as medical director for the Endoscopic Surgical Centre of Maryland and the Endoscopic Surgical Centre of Maryland – North.

Dr. Butler, his wife and four children live in Rockville, Md. He enjoys the outdoors as a very avid bicyclist as well as his hobby of woodworking. He remains a loyal fan to his alma mater basketball team, the Georgetown Hoyas.